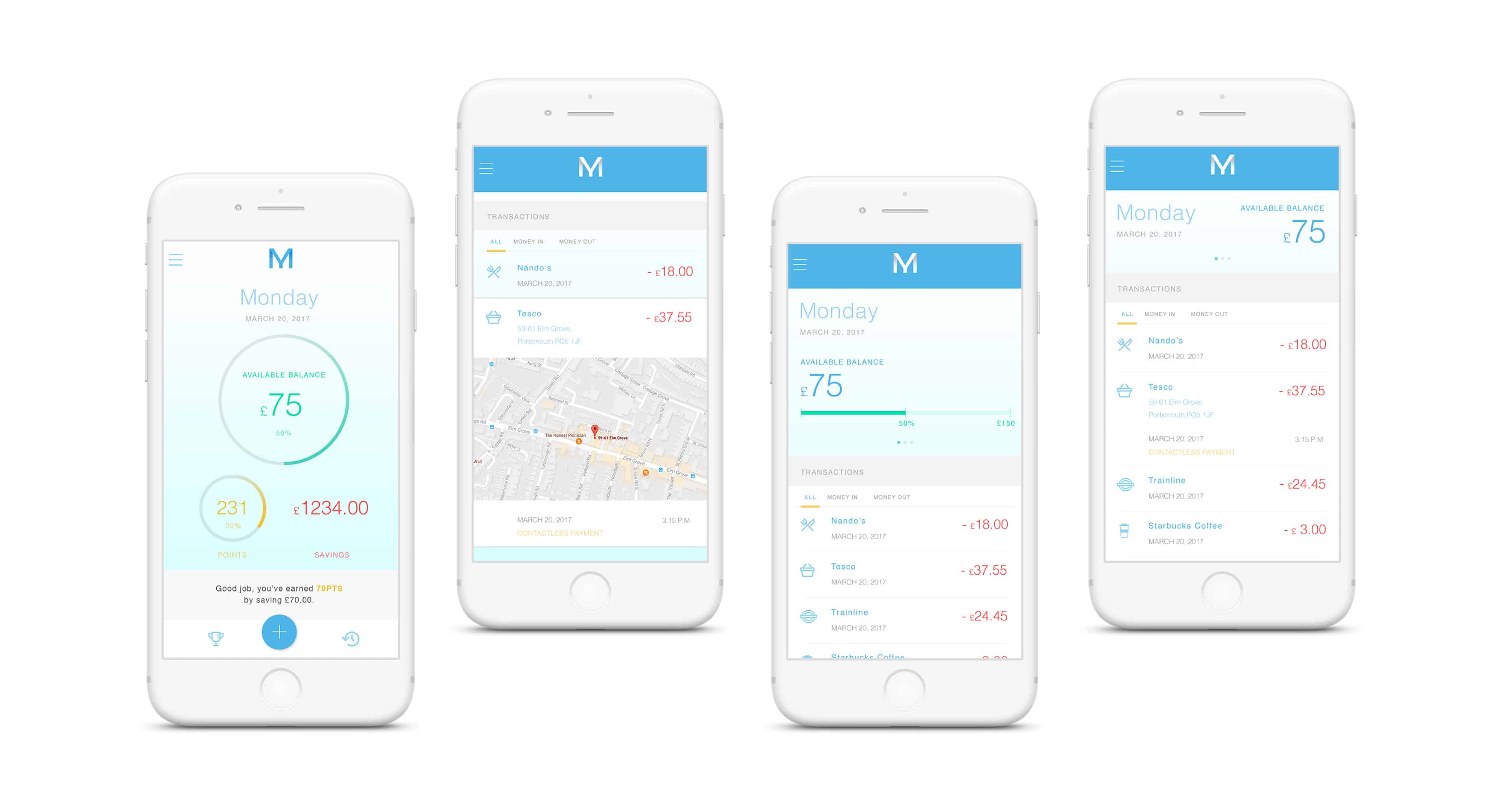 Therefore it is important to keep track on daily or monthly expenses in order not to over spend. Overdraft and overspending may cause one to accumulate debt. Managing money well can be hard. Simply means by making ends meet day to day. To make preparation and responding to financial shocks that can be caused by many factors such as reduced income, losing a job, unexpected accident and emergency in the future.

Having said is easier than done. Financial management and saving are never easy. It is common getting advices from people that saving is the way of financial management. But many do not know what is the purpose of saving and why do they have to save. Understanding your goal and prioritising goals will helps to understand better in savings.

What makes my app stands out from the others?

It provide functions such as setting up monthly saving (which will automatically saved from your monthly income), save to earn more (instead of just earning bank interest rate, in this app allow users to accumulate points depending how much have the user saved daily; users are able to use the points to change into money). Setting up daily quota (Users are able to set up a daily budget how much they can spend per day). By helping people to solve the current issue of not having an emergency fund, money saved will be locked by preventing users to over spending it. When there’s emergency, as simple as contacting the bank and get verifications, users will be able to access to his own emergency fund which limited to 3-5times. 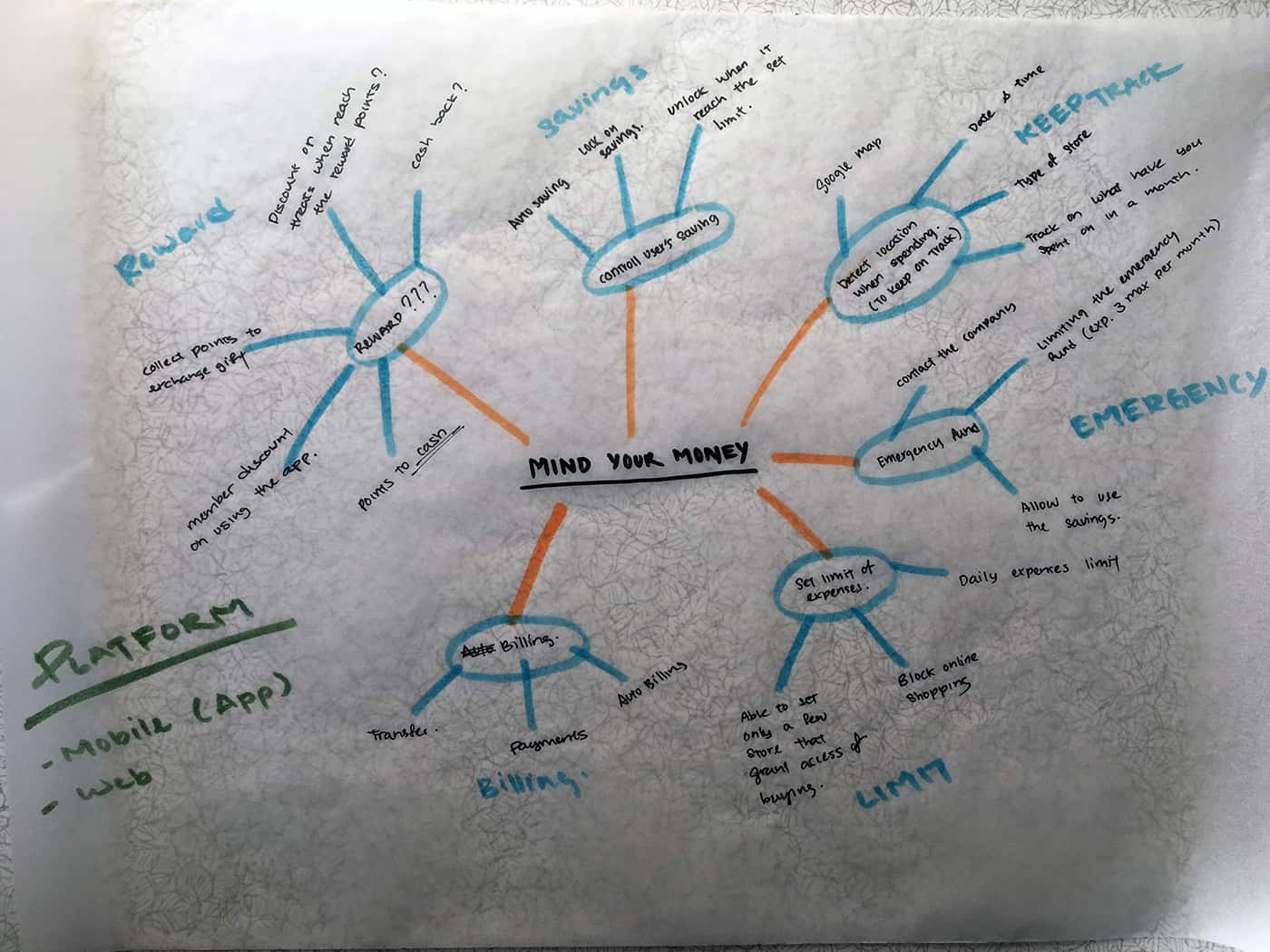 By collecting all the possibilities I’ve got in the mind map. I started off with creating a scenario to think further of the app. giving an example that when someone receive salary and they would like to budget their salary, in the mean time they afraid that they will accidentally over spent their money even though the budget is set and they would like to keep track on all the expenses. As a working adult sometimes it is really hard to recall of where did they actually spend the money and where is it that use such big amount of money. Therefore I think of a solution what if this is an app where it can stop user from over spending and help users to save even more than what they have by giving out rewards and cash back? 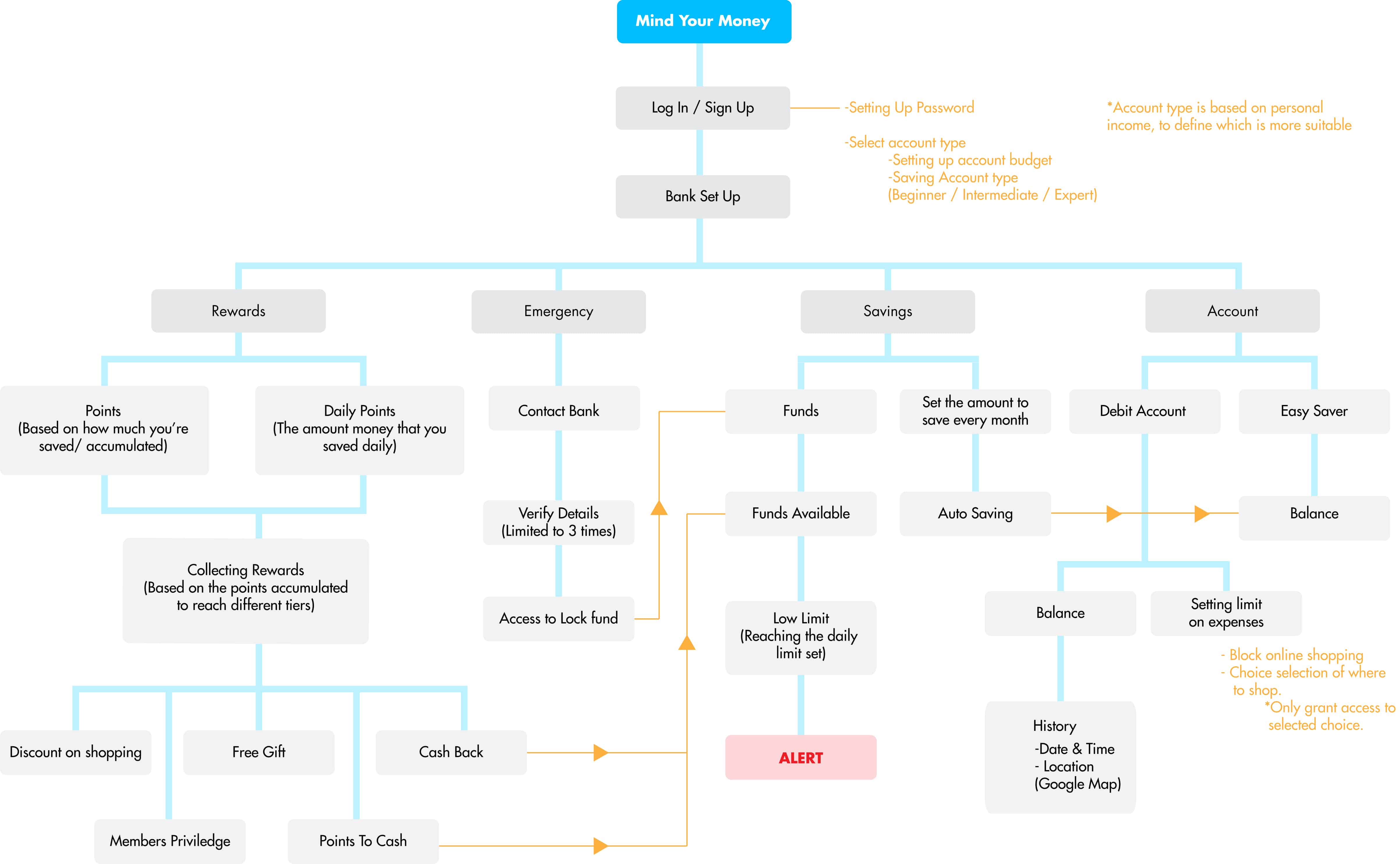 In the process of brainstorming and ideation noticing that many people including myself might not know or forget where did my money go and where did I spent. Even by looking at the bank statement, still having no clue of where it is. Therefore adding another core functions such as Real-life tracking on spending, bank statement that include Google Map that helps users to identify the location.

I create a low-fi wireframe prototype to give a better understanding of the app’s function in order to help me better in designing the interactive design. 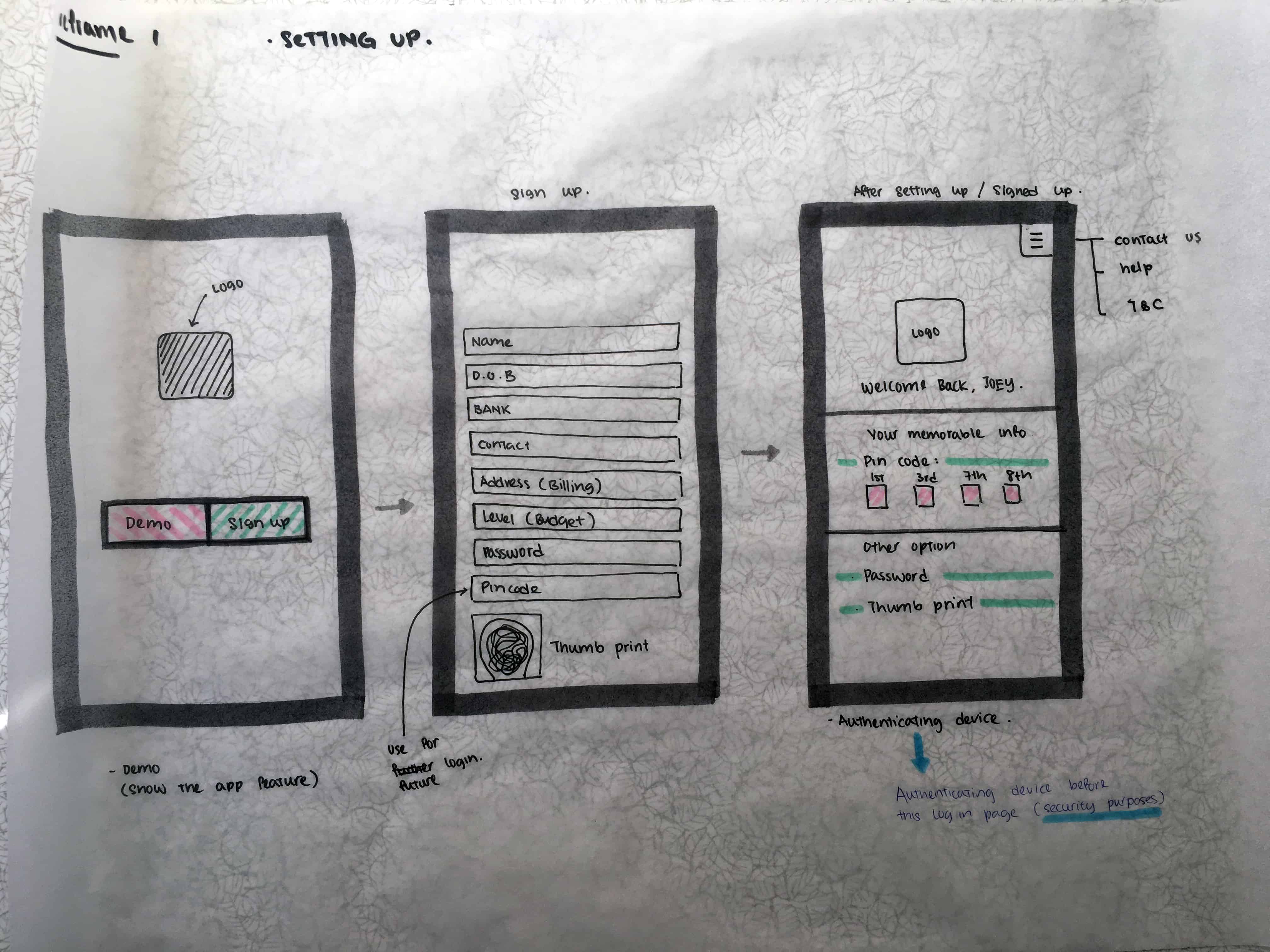 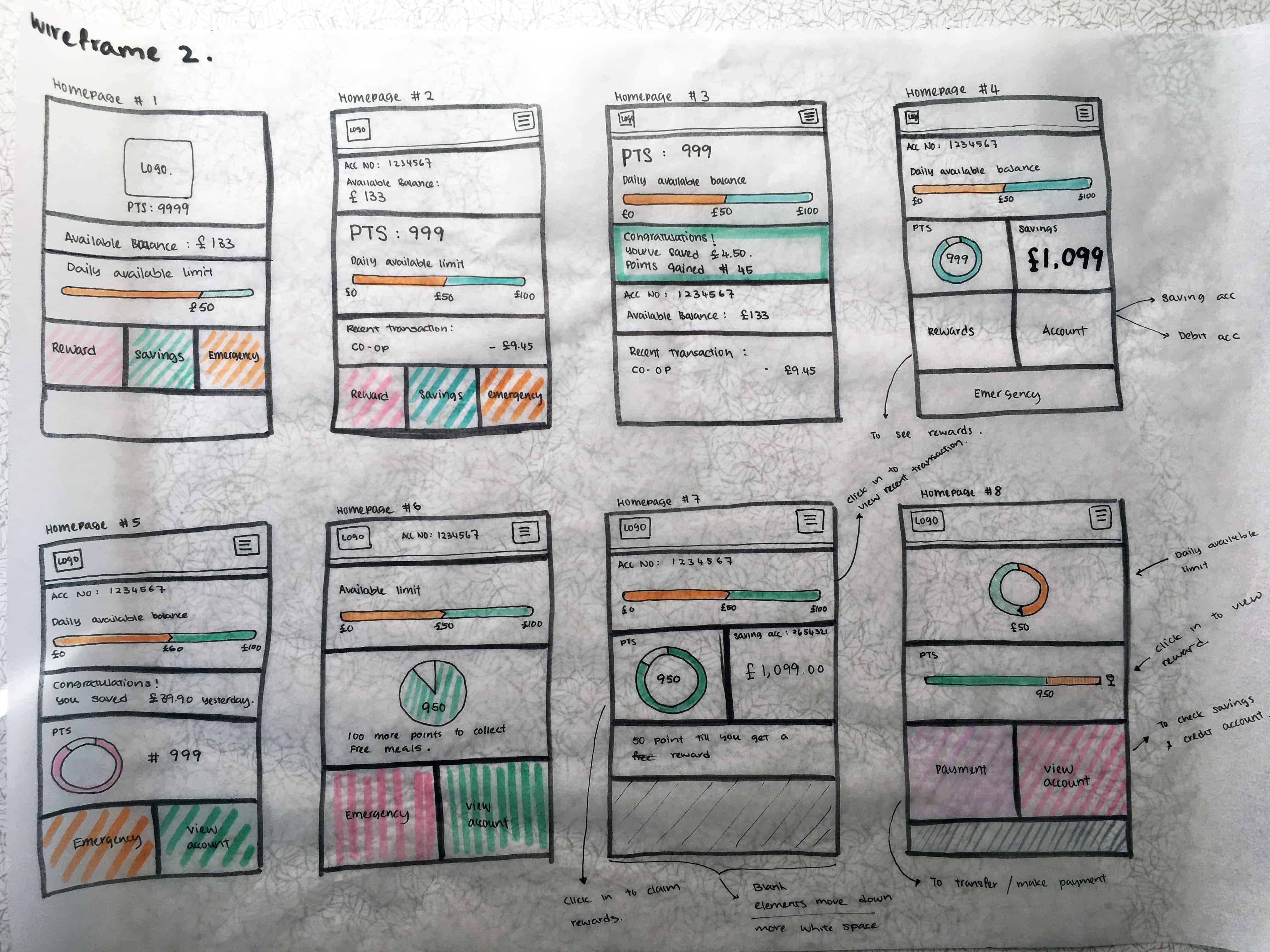 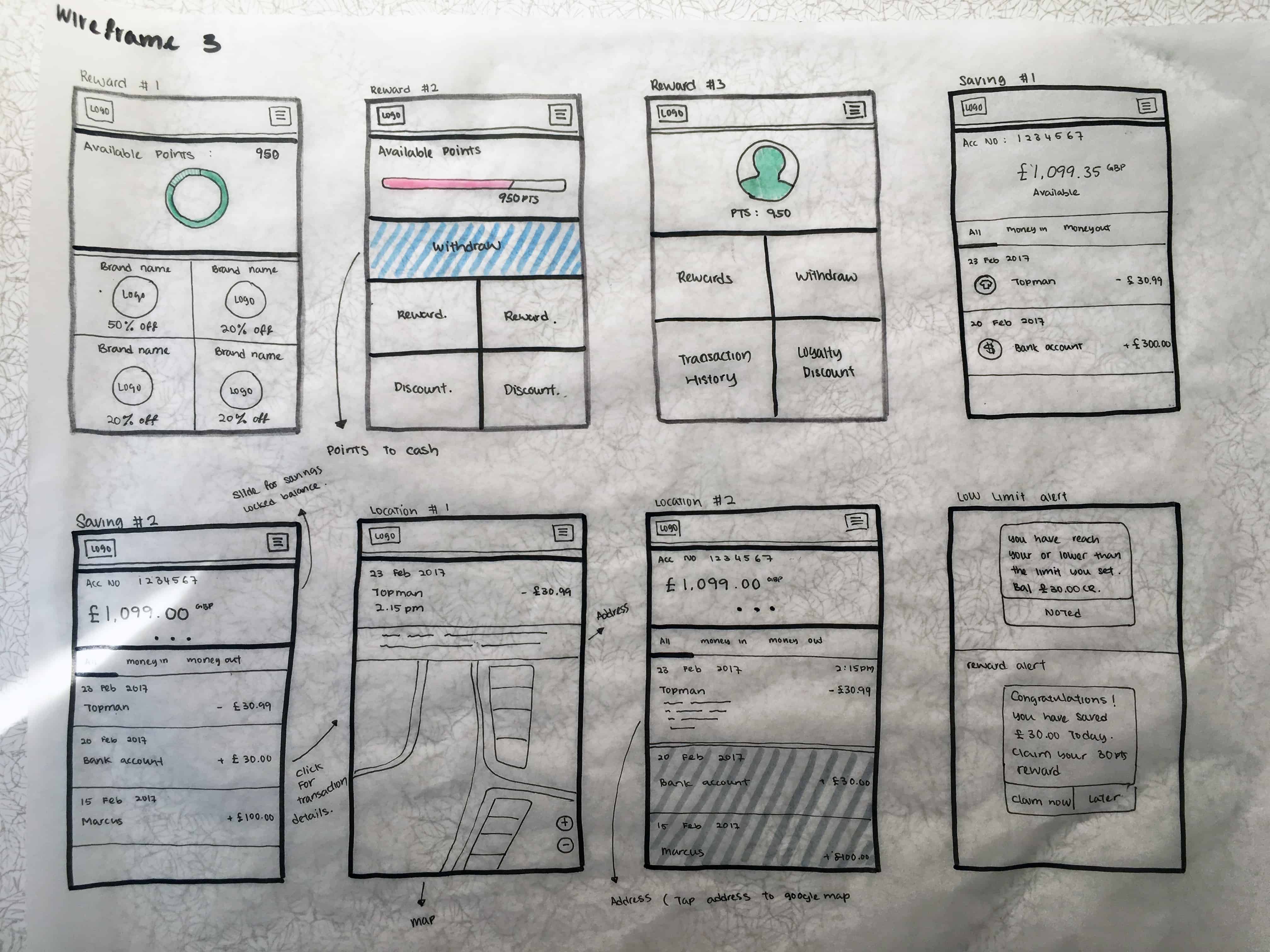